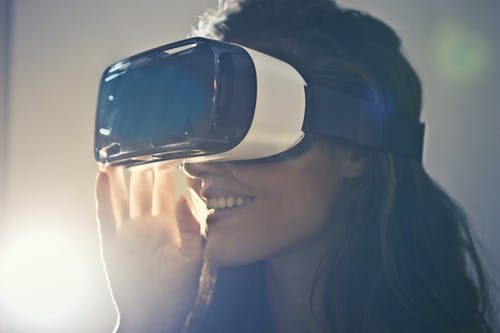 Have you ever tried using AR or VR? If you’ve had the opportunity, odds are you were quite impressed. Being able to be a part of the physical world while also experiencing virtual elements is a very unique and exciting thing! As this technology continues to develop, virtual devices are becoming more accessible to the masses. As widespread usage becomes closer and closer, researches have begun to look at how AR and VR may change our social behaviours. The findings may surprise you!

In May, a team of Stanford researches published a paper with their findings on the influence of AR on various aspects of human social interaction. As you may have guessed, their findings were very interesting.

Do you find that if you have someone watching you when you are doing a task, you can get nervous and do worse than normal? This is called social inhibition – when our actions are influenced by our fear of judgment or observance from others. According to one Stanford experiment, this nervousness can come from virtual avatars as well. Participants were asked to complete a task as Chris, a virtual avatar, “watched”. In most cases, the participants did worse on their task when they knew Chris was watching compared to when they were “alone”.

In another experiment, two participants were asked to have a conversation. The catch? One participant had the conversation while wearing AR goggles while the other participant did not. As you may be able to guess, the participant wearing the goggles felt less connected.

Ultimately, these findings show that AR and VR will have a very real influence on the way we communicate and interact with others and our spaces. But is this influence a bad thing?

Imagine you are at a dinner party and there are 20 guests. Half of these guests are wearing VR goggles and have virtually invited others to attend the party. These virtual guests are visible to those wearing goggles but not to the other half of the party.

This would be quite the experience! Imagine attending a party where you couldn’t see many of the guests! This would definitely impact the way guests interact and behave with one another. But what if we took this analogy one step further. What if everyone was wearing goggles, would there even be a point to physically attending the party at all? Wouldn’t it be easier for everyone to stay in their homes and virtually attend the party? With this logic, it can be easy to see how complete immersion into virtual worlds could eliminate our desire of leaving the house and physically interacting with others. Why go through all the effort to meet if we can have our virtual avatars do it and still have the enjoyment of the company of others?

So, where does this leave us?

Like with any new technology, there are many things to consider when looking at how the technology will integrate into daily life. There is no doubt that AR and VR will change our social behaviours but that is not to say that these changes have to be bad. Strategic design-planning and integration will be very important for the next stages of AR and VR development to help ensure no negative consequences are inspired.

We’d love to chat! For all things digital reach out to info@sidepart.com

Join Us on Social